Koentjoro’s Martial Arts (KMA)  is hybrid Indonesian, Japanese and Korean Martial Arts. Using traditional Tae Kwon Do as the core style or curriculum from white to black belt.  Black belt and advance class will have opportunities to learn more techniques including weapon and jo-ho (soft/gentle) techniques such as pressure point, joint locks and throwing which adopted from Shorinji Kempo and Pencak Silat.

Pencak Silat is a collective word for a class of indigenous martial arts from a geo-cultural area of Southeast Asia encompassing most of the Nusantara, the Indonesian Archipelago. There are hundreds of different styles of silat but they tend to focus on strikes, joint manipulation, weaponry or some combination thereof.

Tae Kwon Do is a Korean Martial Arts. It is the world’s most popular martial art in terms of number of practitioners. In Korean tae means “foot” kwon  means “fist” and do means “way” so Taekwondo is loosely translated as “the way of the foot and fist” but some translate it as, “the art of kicking and punching,”.

Formally, there are two main styles of Tae Kwon Do. One comes from the Kukiwon, the source of the sparring system shihap kyeorugi which is now an event at the summer Olympic Games and which is governed by the World Tae Kwon Do Federation (WTF), the other comes from the International Tae Kwon Do Federation (ITF). The art in general emphasizes kicks thrown from a mobile stance, employing the leg’s greater reach and power (compared to the arm).

Kyokushin is a style of full body contact – Karate founded in 1964 by Korean-Japanese Masutatsu Oyama. “Kyokushin” is Japanese for “the ultimate truth”. It is rooted in a philosophy of self-improvement, discipline and hard training.

Shorinji Kempo is a Japanese Martial Arts that was founded by Doshin So  (1911-1980) in 1947. Shorinji Kempo teaches a wide variety of techniques, ranging from goho (hard techniques) such as kicks and punches, juho (soft techniques) such as grappling and throwing, to seiho (correcting methods) acupressure techniques for revival of unconscious persons. These three types of techniques are further divided into kogi (offensive techniques), bogi (defensive techniques), shuho (defence methods, mainly against soft techniques), tai gamae (body position), sokui ho (foot position), umpo ho (footwork), and tai sabaki (body movement). The art generally has no killing moves because of its respect for life. It is a form of Kempo that tries to get its practitioners to move through life doing minimal damage whenever possible.

The arts of Pencak Silat, Tae Kwon Do (ITF), Kyokushin, Karate and Shorinji Kempo become solid principles of Koentjoro’s Martial Arts. Blending these arts based on their movements toward to my experiences in Martial Arts.

Koentjoro Martial Arts has a commitment to serve the community with high standards since 2006. The quality of our curriculum mentally and physically becomes our priority. I am very open and indeed I am far from perfect. I would like to learn everyday not only from masters but also from my students. Hopefully, this will bring benefits not only for me but for all of us to keep peace and respect our life. 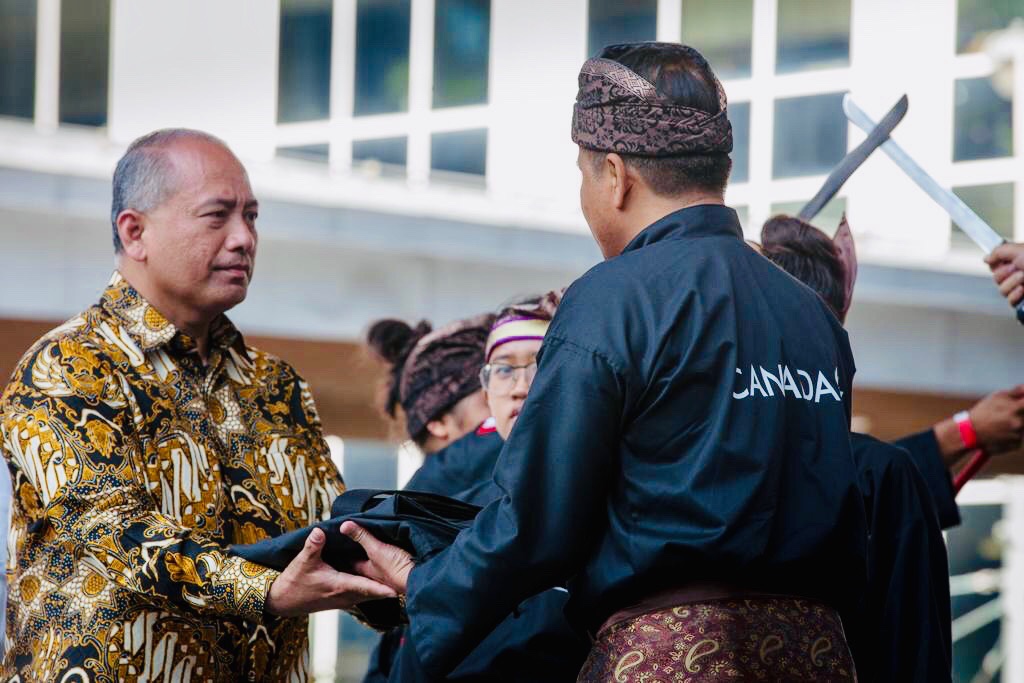